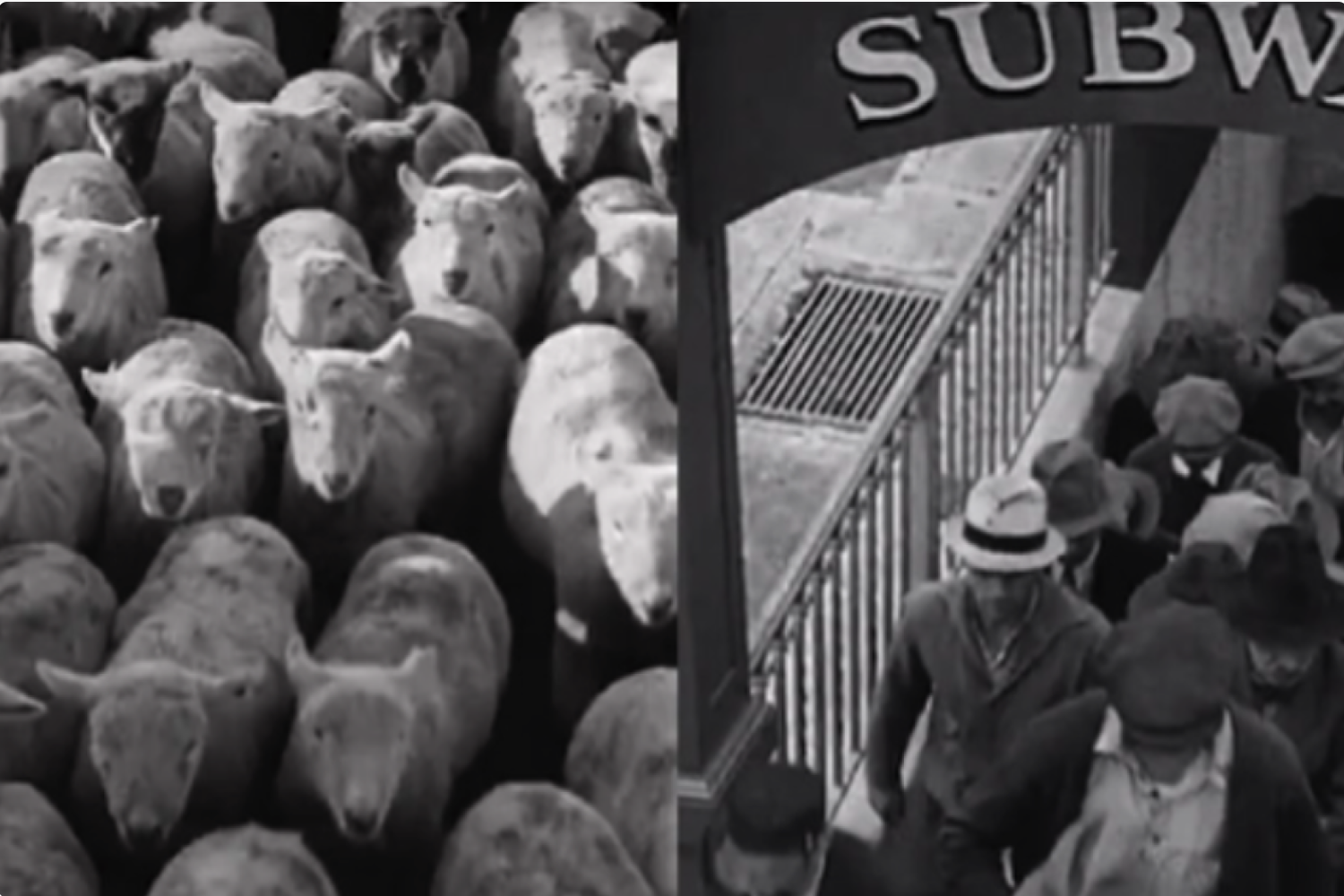 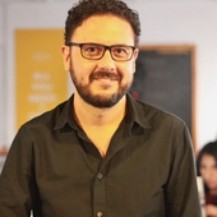 Behold! human beings living in a underground den, which has a mouth open towards the light and reaching all along the den; here they have been from their childhood, and have their legs and necks chained so that they cannot move, and can only see before them, being prevented by the chains from turning round their heads. Above and behind them a fire is blazing at a distance, and between the fire and the prisoners there is a raised way; and you will see, if you look, a low wall built along the way, like the screen which marionette players have in front of them, over which they show the puppets.

Plato - Allegory of the Cave/Plato’s Cave

These individuals accept, as truth and reality, the only thing they have been able to perceive throughout their lives; the shadows.

When a new group of students begin their bootcamp at Laboratoria, we allow ourselves the “luxury” of investing three full days in a space wholly dedicated to sharing and conversing with our students about Laboratoria’s culture and learning model.

Why do we need so much time for that? Because at Laboratoria, there are no professors, no lectures, no courses nor subjects. There are no standardized tests, and there are no scores or traditional grades. While this may not be as “unique” or “special” as it seems, it is an uncommon aspect of our students’, or even our team members’ previous experiences. That is why we need to start an intensive process of unlearning to help facilitate their adaptation to an uncertain, ambiguous, and complex context: learning as we understand it at Laboratoria.

Most of us were “educated” on how to follow instructions, to be quiet while a professor talks and talks, to memorize, without knowing why or what for, a list of things to be able to  answer on a test that quantifies our “knowledge” and ranks  us on a spectrum  of good to bad students. We were neither students nor learners, but “pupils” comparing ourselves to each other as though we were identical bricks; an atrocious denial of the immense diversity of personalities, preferences, motivations, curiosity and learning speeds. Often, our individual talents and gifts remained hidden because they were “not the norm.”

Education in a time of a pandemic

During the past weeks we have seen hundreds of screen-shots of remote “classes” and also countless complaints from students and parents regarding the price and conditions of this “new education.” Why would I pay the same amount for a service that is “inferior”? Are my children going to memorize  learn the same amount of information knowledge as before? How are the super-standardized PISA test rankings going to turn out?

Some modest reflections on what we can unlearn while we are shut inside of our homes.

What and for what purpose do we learn?

In one of Roger Schank’s books, he mentions that he always asks those he talks to to recite the quadratic equation. Most people have no clue what to say even though they had to learn it in order to finish high school. How many names of presidents, rivers, valleys, or elements of the periodic table did you have to learn and how many do you still remember? How many good or bad grades did you get? How useful have those grades really been in life? By no means am I saying that this knowledge is useless. I am simply asking myself if it is “enough,” and if our focus on deciding how much of this is important to learn, how and when to learn it, and how to evaluate it remains relevant today.

The first thing we should unlearn is our understanding of the purpose of schools and other educational institutions. Why go to school when everything we memorize there can be memorized in the bathroom at home with a phone in hand? Ah, yes; we go so they can categorize us within a ranking that’s based on averages which will help us confirm what to do for the rest of our lives: whether we should be mechanics, painters, doctors, lawyers or gardeners. Traditional education is disconnected from reality and does not prepare us as individuals for our adult and work lives ahead..

Why is it so hard to think about a learning model focused on life skills and, within that framework, include “academic” knowledge, rather than the other way around?

Is it not obvious that we have always needed to learn many “non-academic” things?

Children and adults are perfectly and naturally capable of identifying our interests and what we are curious about, of thinking about whether we are able to understand and learn something, and of sensing other people’s reactions while we interact with them (consciousness and then self-awareness).

As children, why aren’t we allowed to actively decide, or at least participate, in the decisions regarding what we want to learn and when and how we want to learn it? Why do we all have to learn the same thing at the same time? Why can’t we learn from the beginning how to make conscious decisions and be responsible for them? What is so extraordinary about each of us learning at our own pace? Is dealing with the fact that we all have different skills not part of life? Why can’t someone who is 45 years old learn about the animal kingdom and an 8-year-old learn about public health rights? Is autonomy not an essential life skill that we should exercise as much as possible?

Not knowing is the only “normal” thing

Social media and messenger apps have been flooded not only with fake news, but also with back-and-forth discussions about the scientific “knowledge” surrounding the virus. First, the WHO told us that face-masks are only useful for those who are sick. Then we were told we should all use them. First, only senior citizens would die, now anybody is at risk. First, the virus was not airborne, now it is. First the incubation period lasted 14 days, then only 5. And so on. What kind of scientists do we have that “do not know” and are not able to plan a battle against a virus that is not even considered a “living being” (which is probably a mistake that will be corrected at some point)?

With our current 19th century (not even the 20th) mentality, everything must be anticipated, planned, and quantified. Everyone needs “their spot” on the production line and must fulfill a function that can be “measured.” Paradoxically, these ideas come from a production model that is incorrectly referred to as “scientific.” The sad part is that we obediently and quietly accept it just as it is, without applying any kind of critical thinking.

For the first time in many years, nearly everyone is interested in a phenomenon that affects us all directly and we also have access to information like never before. We have a huge opportunity to learn about real science, in real time. Only one motor pushes science forward: NOT KNOWING. Navigating uncertainty and complexity, questioning things, researching, learning by trial and error, collaborating with others, etc. As we witness this process occur we have an enormous opportunity to rethink some of our paradigms. Are we taking advantage of it?

At Laboratoria we continue to learn

At Laboratoria we continuously talk about the ability to adapt to change as an essential skill for work. During the last few weeks, we experienced this at full-speed as we shifted our program from a fully in-person format to one that is 100% remote. We have been obligated to unlearn aspects of our in-person model that we formerly considered to be “irreplaceable.”

After the initial days of chaos, our main objective has been to maintain the quality of our students’ learning. Our focus has always been on adapting tools to our model and not the other way around. It would have been easier (and cheaper) to shift to a model that is based on hours of online classes, exams that test what has been memorized, etc. and, in doing so, renounce our own active learning model. A learning model that is project-based and where everyone works at their own pace, receives individualized support, and is constantly reflecting and self-evaluating.

Our learning model is based on key transversal skills that are needed for today’s work world and not on “knowledge” or technical skills alone. We prioritize learning how to learn, teamwork, autonomy, etc., because we want our program to be transformational and not just a UX Design or Front-end development bootcamp.

As students, and as a team, we are dealing with being glued to a screen many hours of the day and managing the effort that this implies, working to overcome “I got disconnected,” “I didn’t hear that,” and more. We are facing difficulties that come from shifting a model in which constant interpersonal interaction is essential to a new format of communication in which we lose the richness of non-verbal language.

On the other hand, the “limitation” of having to be geographically present is no longer as important. It’s no longer relevant if a student in Guadalajara receives support from a local coach, a coach in Santiago de Chile or one in Bogotá. Therefore, we are becoming more flexible in the use of our individual skills because we are better able to distribute them. We are also facing the compelling need to continue to improve the tools we use to collect the data we need to analyze in order to make decisions. The current situation calls for this and we see it as a new opportunity.

We have renewed conviction regarding the relevance of the skills we prioritize in our program and that we must not compromise our model due to “operational” restrictions. We must share, unlearn, and learn alongside others who are also restless and eager to see what is outside the cave.

Topics: Article, Culture of learning, Skills of the future 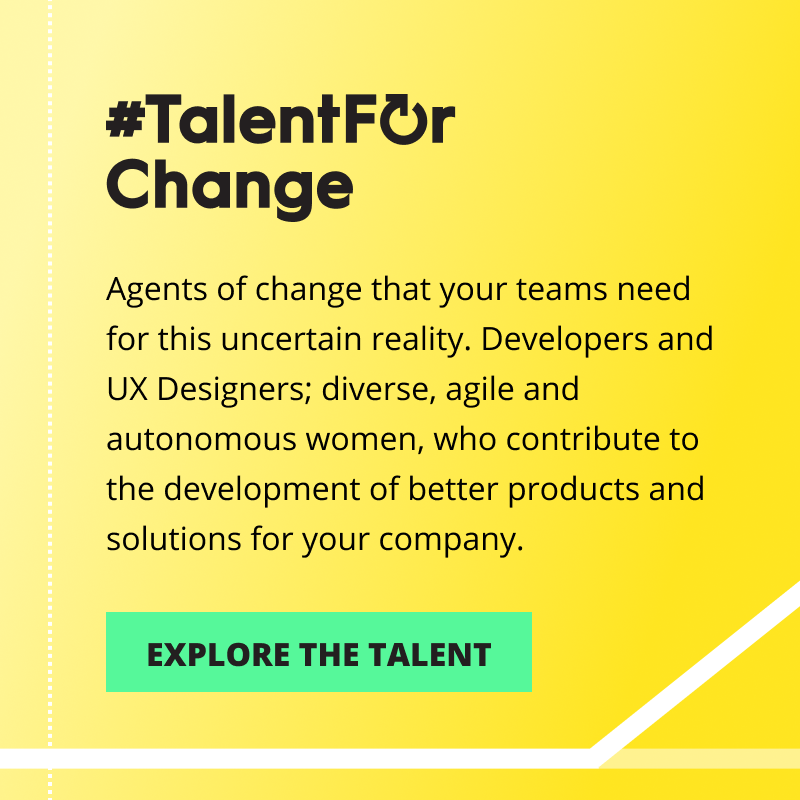 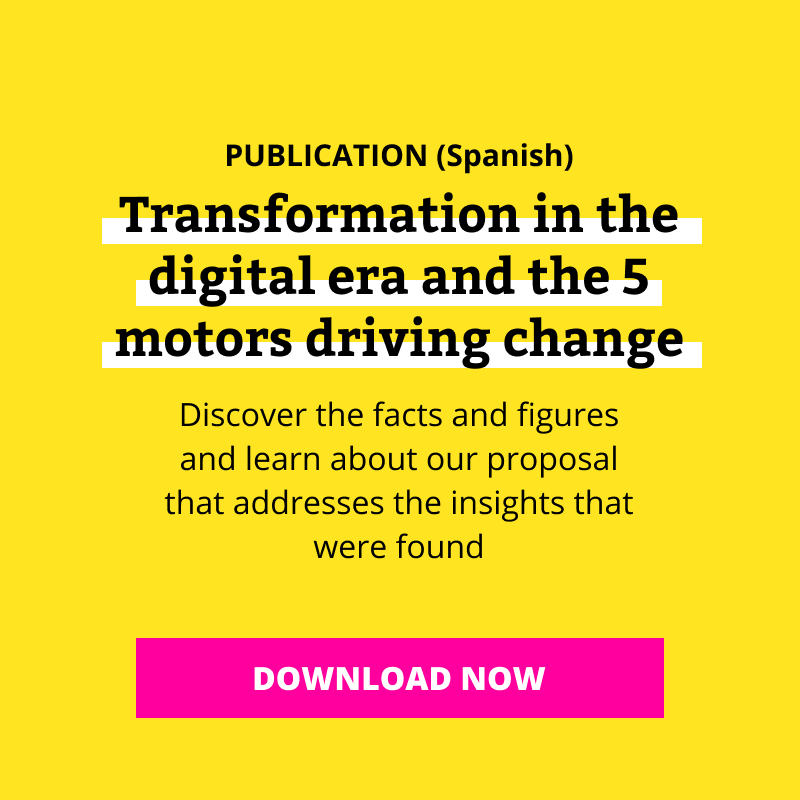